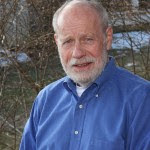 Tom Miller has taught school and has worked as a rehabilitation counselor in both private and public settings focusing in the main on mental health services for children and teenagers.  He changed career paths and worked in the automotive aftermarket for thirty some years rising from sales representative to Vice President/Regional Manager. Upon “retirement” Tom went to work for Historic New England and is currently serving as the Lead Guide for two historic house museums in Salem MA. Along the way Tom garnered a Bachelor of Science in Education Degree from The Ohio State University, a Master’s Degree in Rehabilitation Counseling from Bowling Green State University and most recently a Masters of Arts Degree in History from Salem State University.  He has also studied voice over work with Jordan Rich of WBZ radio and has been involved with a number of commercials and voice over projects.

Tom has written poetry for many years but became active as both a writer and a performer at various venues on the North Shore and around Greater Boston since his “retirement” began.  His work has been published in Ibbetson Street, The Wilderness House Literary Review, The Muddy River Poetry Review, Lyrical Somerville, and a variety of anthologies and other journals.  He has received a nomination for The Pushcart Prize.
Tom has also appeared on Jordan Rich’s nationally syndicated Friday night talk show.  With Jordan’s help he released a CD of his poetry set to music called “Dancing At Red’s” which is the title of one of the collection’s poems.

Tom grew up in a small farming community in Ohio and has lived in Florida, New York, Minnesota, California, and New Hampshire as well as Massachusetts.  He currently resides in Ipswich MA.