Meikle Paschal   author of the memoir 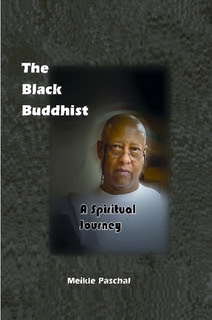 In sentences that are as sincere as they are nostalgic, Meikle Paschal gives us a valuable portrait of the journey of his life from the poor neighborhoods of Boston to the comfort of a consciousness furnished by the loving kindness of his Buddhist principles, principles that save him from the bitterness and resentment that can occupy the mind of someone who has fought adversity for his entire life. An African American man gifted with unusual intelligence and a keen intuition, he is lifted also by a penchant for forgiveness. As a reader, I am especially endeared to his portraits of a Boston I could never have known, the old Boston of the mid twentieth century. Paschal seems remarkably adept at recognizing and seizing the chance in life, even when he was not aware of the fuller meanings of his actions at the time. He implies repeatedly that something saved him, and it is that hope he offers the reader, namely that if we would just believe there is a way, the way will reveal itself to us. He is not blind to the tragedies of life, as he notes the people who did not have or see the chance, people who fell victim to things we would rather not imagine, but he offers his own encounters with those chances. He explores the vicissitudes of upward mobility in stories that are insightful and inspiring. In admitting the perfection possible in life, he admits the imperfections, the double binds, the impasses, and he continues on with life, even as the apparent paradise proves itself over and over to be only that and not something ultimately real. Paschal lets us see only the journey is real.
To order:
http://tinyurl.com/cxgxdhh