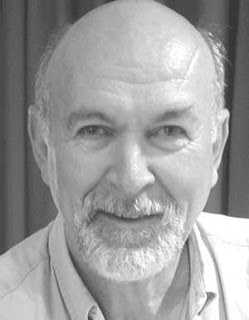 My Guest June 19 at 5PM will be poet Bob Clawson.


Bob Clawson was Anne Sexton’s friend and associate for the last ten years of her life. He often helped her edit drafts of her work. He also directed the musical group, “Anne Sexton and Her Kind,” which toured the country for three years.

Bob Clawson is a writer, editor, teacher, fisherman, and cook. His formal education includes a rural two-room schoolhouse, Kenyon College, Harvard, and Yale. He has visited 32 of the United States, and has been to France, Italy, Canada, Mexico, Greece, and to several island nations such as Britain, Jamaica, Cuba, Ireland, and Nantucket.

Poetry captured Clawson at Kenyon College, where he studied with John Crowe Ransom and Irving Feldman. He spent a long career in advertising where he was a writer, editor, and creative director. His time for reading poetry dwindled, but, in his words, “...it followed like a brindled hound,/just ribs and tongue and tail.”

Fifteen years ago, he left business. For the next seven years, he wrote a self-syndicated golf column that eventually reached over 100 newspapers, but it became, “Too much like work: 56-hour weeks.” In the mid-nineties, a friend asked Clawson to teach poetry to 4th graders. This triggered a powerful urge to write poetry, not just occasional drafts, but serious work. He wrote from 1996 to 1998 and studied with Bruce Weigl, Fred Marchant, Gail Mazur, Stephen Dunn, Heather McHugh, and Thomas Lux, before sending work to poetry journals.

In 1997he published his first book, Nightbreak. It went through three printings. He has published in many fine journals including The Southern Review, Beloit Poetry Journal, Poet Lore, Yankee, The Christian Science Monitor, and The Lancet ( a weekly British medical journal), and the Shit Creek Review, among others.
Posted by Doug Holder at 3:59 PM
Labels: Bob Clawson
Newer Posts Older Posts Home