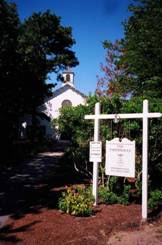 
March 11 5PM: My guest will be poet Anne Elizabeth Tom, the new director of the Cape Cod Writer's Center.

The mission of the Cape Cod Writers Center is to assist published and aspiring writers of all genres, abilities and ages to develop their writing skills and learn to edit, publish and publicize their works; to promote authors; to provide opportunities for writers to gather for inspiration, education and networking; and to introduce readers to authors and their works.

Anne Elizabeth Tom was born in Boston, grew up in the historic homes and museums of New England, and lived in Woods Hole, MA for several years. After earning a M. A. in Fine Arts from Tufts University, she spent 25 years as a researcher/writer, arts and museum educator, and as executive director of the 1785 Lee-Fendall House Museum in Old Town Alexandria.

A poet, founder of The Grange Hall Summer Poetry Series, and the Louise I. Guiney Center for Poets and Playwrights,Ms. Tom taught New England Literary History for the Academy for Lifelong Learning at Cape Cod Community College. She and her husband now make their home in Sandwich.

Ms. Tom is a world traveler and has lived in Los Angeles, Washington, DC and New York City, where she wrote and worked in universities and museums. While residing in Honolulu for 18 months, she earned a certificate in Intercultural Leadership from Asia- Pacific College, an affiliate of The University of Hawaii. During that time she studied Native Hawaiian culture, as it relates to North and South American anthropology, and looks forward to sharing her knowledge of the places and people of the islands in Asian-Pacific Cultural Tours, starting in winter of 2008.

She was a member of the Sandwich Cultural Council from 2001-2004, the board of The Nye Family Association from 2001- 2005, and now serves on the Advisory Committee for the Benjamin Nye House and Gardens in East Sandwich. Her other Cape affiliations include the Provincetown Fine Arts Work Center, the Cape Cod Writers Center, and the Sandwich Chamber of Commerce.
Posted by Doug Holder at 1:57 PM
Labels: Holder on Tom
Newer Posts Older Posts Home