Diana Saenz is a playwright and poet who has been writing for 35 years. Her fifteen plays have been produced in California, Massachusetts, Texas and Maine. She has written three books of poetry, and numerous articles and short stories. Saenz founded "The Boston Poet," an event calendar for poets. 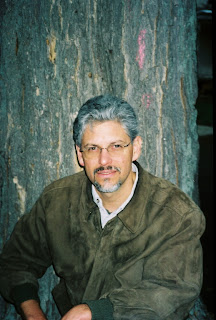 Alfred Nicol worked in the printing industry for twenty years after graduating from Dartmouth College, where he received the Academy of American Poets Prize. He now lives in Amesbury, Massachusetts and is a member of the Powow River Poets. He edited the Powow River Anthology, published by Ocean Publishing in 2006, and was the recipient of the 2004 Richard Wilbur Award for his first book of poems, Winter Light, published by The University of Evansville Press. His poems have appeared in Poetry, The Formalist, Measure, Commonweal, Verse Daily, The New England Review, Atlanta Review, and other journals. Several of his poems have been anthologized in Contemporary Poetry of New England, Sonnets: 150 Contemporary Sonnets, and Kiss and Part. The last of nine installments of his long poem, “Persnickety Ichabod’s Rhyming Diary” will appear in Light Quarterly, Vol. 52.


"Nicol is much more than a poet's poet; he is also a reader's poet, and his work, though dazzling, is not intended to simply dazzle but to convey, with charm and profundity, the experiences of our common life." -- Rhina P. Espaillat

"How different an aesthetic Nicol shows in the splendid Winter Light, as canny and moving a formalist collection as I have seen in years." -- Sydney Lea

"On every page Nicol exhibits a genuine largeness of spirit and grace of mind. His techniques are well-honed. This is certainly among the finest new volumes of poetry I have read in years." -- Jay Parini
Posted by Doug Holder at 3:51 PM
Labels: Alfred Nico appears on Poet to Poet/Writer to Writer 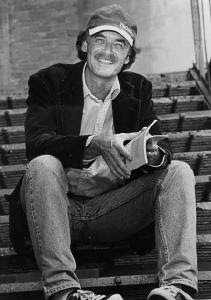 My guest Feb. 13 5PM will be poet John Hodgen. Hodgen will be reading from his new book, Grace.Winner of the 2005 Donald Hall Prize in Poetry. Hodgen, who teaches writing at Assumption College in Worcester, has two other prize-winning books, and his poems, according to Ha Jin, National Book Award winner and professor at Boston University, contain "a voice that speaks directly from the heart."His publications include the anthologies Witness and Wait: Thirteen Poets From New England and Something and We Teach Them All: Teachers Writing About Diversity. His other honors include the Grolier Prize in Poetry in 1980 and an Arvon Foundation Award (Kensington, England) in 1981.
Posted by Doug Holder at 4:42 PM
Labels: Hodgen interviewed
Newer Posts Older Posts Home