An Evening of Conversation with poets 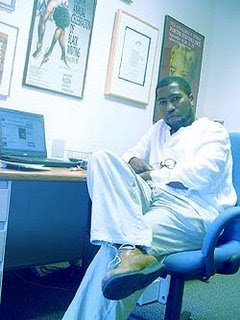 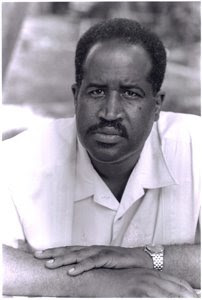 "Afaa Michael Weaver is one of the most significant poets writing today. With its blend of Chinese spiritualism and American groundedness, his poetry presents the reader (and the listener, for his body of work is meant to be read aloud) with challenging questions about identity, about how physicality and spirit act together or counteract each other to shape who we are in the world. His attention to the way language works is rare, and the effects of that attention on his poetry are distinctive and expansive."


Major Jackson is the author of two collections of poetry: Hoops (Norton: 2006) and Leaving Saturn (University of Georgia: 2002), winner of the 2000 Cave Canem Poetry Prize and finalist for a National Book Critics Circle Award. Hoops was a finalist for an NAACP Image Award in the category of Outstanding Literature - Poetry. He has received critical attention in The Boston Globe, Christian Science Monitor, Parnassus, Philadelphia Inquirer, and on National Public Radio's 'All Things Considered.' His poems have appeared in the American Poetry Review, Boulevard, Callaloo, The New Yorker, Post Road, Poetry, Triquarterly, among other literary journals and anthologies. He is a recipient of a Whiting Writers' Award and has been honored by the Pew Fellowship in the Arts and the Witter Bynner Foundation in conjunction with the Library of Congress. Last year, he served as a creative arts fellow at the Radcliffe Institute for Advanced Study at Harvard University and as the Jack Kerouac Writer-in-Residence at University of Massachusetts-Lowell. Major Jackson is an Associate Professor of English at University of Vermont and a core faculty member of the Bennington Writing Seminars.

In a public chat in the SCAT television studios in Somerville, titled "Two Generations of Black Male Poets, moderated by Gloria Mindock,these two poets share the experience of their lives as blackmen who came of age in large American cities: Baltimore and Philadelphia.

They will discuss the music, visual art, and literature that were influential in their times, from The Temptations to Grandmaster Flash and Chuck D, from Ron Milnerto Susan Lori Parks, and more. They will share intimate moments in their lives and some of their own work as well as that of poets they know and admire in an evening setting in the burgeoning artistic community north of Cambridge to be recorded in front of the live audience. The program's producer is Doug Holder, the host of "Poet to Poet: Writer to Writer" an interview show that airs on SCAT every Tuesday afternoon.
Posted by Doug Holder at 7:01 PM
Labels: Afaa Michael Weaver, Major Jackson
Newer Posts Older Posts Home