Poems of the Manhattan Project: Poet John Canaday to be interviewed by Doug Holder on Poet to Poet/ March 27/5PM 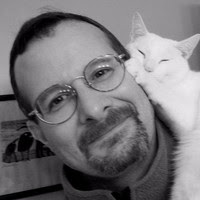 SEE IT LIVE AT 5PM  at http://scatvsomerville.org 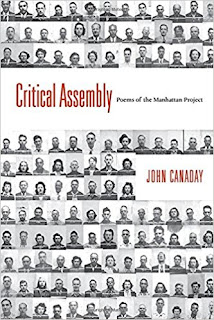 Poems of the Manhattan Project

John Canaday is a Massachusetts-based poet whose work has been published in The New Republic, Slate,The Southern Review, Raritan, The Hudson Review, Poetry Daily, The Virginia Quarterly Review, and many other journals and anthologies (including a volume sponsored by the Hiroshima Peace Institute). His volume of poetry set in the country of Jordan, The Invisible World, won the Academy of American Poets Walt Whitman Award in 2001. He has researched nuclear issues for many years; his study of the relationship between physics and literature in the context of the Manhattan Project,The Nuclear Muse: Literature, Physics, and the First Atomic Bombs, was published by the University of Wisconsin Press in 2000.
Canaday's latest collection is Critical Assembly, which looks at nuclear weapons, in the poet's own words, "from the perspectives of the men and women who occupied positions of privileged intimacy with respect to their development: the scientists, spouses, laborers, locals, and military personnel involved in the Manhattan Project. The efforts of these individuals to 'make sense' of their experiences shaped the ways in which nuclear weapons have been inscribed into our culture and our psyches, a process that is surely among the most crucial transformations in human history."
Posted by Doug Holder at 5:34 AM
Labels: Poems of the Manhattan Project: Poet John Canaday to be interviewed by Doug Holder on Poet to Poet/ March 27/5PM
Newer Posts Older Posts Home