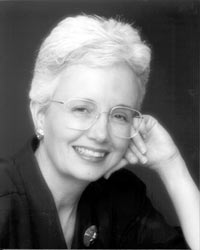 My guest April 11,2006: Sarah Getty is an award-winning poet and fiction writer living near Boston, Mass. Her second book of poems, Bring Me Her Heart, will be published by Higganum Hill Press in March 2006. Her first collection, The Land of Milk and Honey, was published by the University of South Carolina Press as part of the James Dickey Contemporary Poetry Series. It won the Cambridge Poetry Prize in the Publication category in March, 2002. Sarah’s poem “That Woman” is included in the anthology Birds in the Hand, published in April, 2004 by Farrar, Straus, Giroux. In 2004 she received the Barbara Bradley Prize from the New England Poetry Club and was one of five finalists in the grub street, inc. poetry contest.
In July of 2006, Sarah will lead a 10-day poetry workshop at the Villa Virgiliana on the Bay of Naples in Italy. More details can be found in the Workshops section of this web site.
Sarah Getty’s poetry can also be found in magazines such as The Paris Review, The Western Humanities Review, and The Massachusetts Review. Her poem “Ciphers” has been set to music by Adam Grossman in a piece for mixed chorus and flute choir.
Getty’s short fiction has been published in the Iowa Review and the Larcom Review. Her story “Forces” will appear in the anthology Great Old Broads, forthcoming from Haworth Press in 2005.
"Makes radiant the role of women over more than a century of physical and metaphysical voyaging. Here, poignantly, are "mortals, telling their stories."
--Maxine Kumin
"Plain statements, everyday situations, ordinary American lives, yet suddenly with a last image, or a final line of great beauty and transcendence, and you realize that you are in the presence of a poet. Like Oliver's these poems have that weird, exhilarating combination of clarity of statement, story, or situation, with depth of feeling that reveals the mystery beneath the everyday."
-- The Virginia Quarterly Review
more about Sarah Getty>>
home • poetry • fiction • readings workshops • links • guestbook • email
Posted by Doug Holder at 5:50 PM 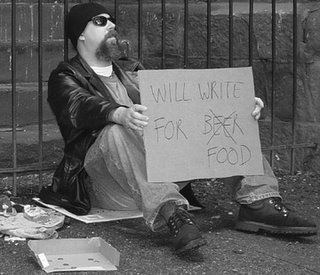 March 28 2006 5 PM My guest will be: Edward J. Carvalho. Ed is a twice-nominated Pushcart Prize writer (2004-2005) who has been writing poetry for over 20 years. A persona who is very much like part Dimebag Darrell Abbott and part Walt Whitman, his poetry is often described as having a style that is 'original, innovative, imaginative and brutal.' Sometimes filled with satire and other times lyrical poignancy, Carvalho's work is always teeming with the unexpected. He is the author of several self-published chapbooks and full-length collections of poetry, including the latest manuscript, "solitary, poor, nasty, brutish and short", which is currently being shopped to publishers around the United States. His poetry - lauded by Nobel laureate, Elie Wiesel and poet, Martin Espada - has appeared in various national journals around the country. Mr. Carvalho holds an M.F.A. in creative writing from Goddard College with future academic plans that include the pursuit of a doctorate in literature and criticism focusing on Walt Whitman. He currently resides in Boston, MA. For more information, please visit http://www.edwardjcarvalho.com"
Posted by Doug Holder at 5:44 PM
Newer Posts Older Posts Home