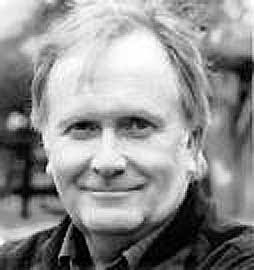 
Fred Marchant is editor of the Another World Instead: The Early Poems of William Stafford, 1937-1947, from Graywolf Press. He is also the author of four books of poetry, most recently The Looking House from Graywolf Press. His other collections include: Tipping Point winner of the 1993 Washington Prize from The Word Works, Full Moon Boat (Graywolf Press, 2000) and House on Water, House in Air: New and Selected Poems (Dedalus Press (Dublin, Ireland), 2002). He is also the co-translator (with Nguyen Ba Chung) of From a Corner of My Yard a collection of poetry by the contemporary Vietnamese poet Tran Dang Khoa. This collection—an important historical document in itself—will be published by the Ho Chi Minh Museum in Ha Noi, Viet Nam.

Dr. Marchant teaches at Suffolk University, in Boston, Massachusetts, where he is Professor of English and Director of the Creative Writing Program as well as the founder of the Suffolk University Poetry Center. He is also a longtime teaching affiliate of the William Joiner Center for the Study of War and Social Consequences at UMass-Boston, and teaches in its annual Writer's Conference. He has been a member of the Executive Board of PEN New England, where he was the Chair of the Freedom to Write Committee, where he founded, among other activities, the PEN New England writing workshop at Northampton County House of Correction. He also teaches in the Colrain Poetry Manuscript Conferences. Dr. Marchant has been a recipient of fellowships from the Ucross Foundation, the Yaddo Foundation, and the McDowell Colony. (/P)
Posted by Doug Holder at 1:30 AM
Labels: Fred Marchant Doug Holder Poet to Poet Writer to Writer
Newer Posts Older Posts Home