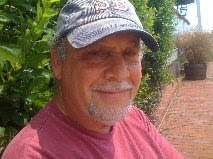 Paul Steven Stone’s writings have appeared in Cricket Magazine, Point South, Wisdom Magazine, Bagel Bards Anthologies 4,5 & 6 and a boatload of newspapers and magazines. His comic novel, "Or So It Seems", has been called “A rollicking spiritual page-turner!” His story collection, “How to Train A Rock”, was culled from 25 years of genre- and mind-bending newspaper columns. Having written and produced over 100 TV commercials during his long advertising career, Stone most recently wrote and directed a video for teens entitled “To You Who Are Different” (viewable on YouTube) to encourage and support those youth who feel “different” or apart from the mainstream. Currently Director of Advertising for W.B. Mason, Stone lives in Cambridge with his lovely wife, Amy.

“To You Who Are Different” write-up:

"To You Who Are Different" is a powerful video, that features high school students from Randolph, Massachusetts, speaking directly to their peers (the viewers) to help them survive and surmount being different. The film is also a compelling plea for tolerance and respect amongst school-age peers, building on the premise "Everyone of us is different". Very powerful. Teens talking to teens. “To You Who Are Different” has been selected as a core element in Randolph High School’s anti-bullying program.