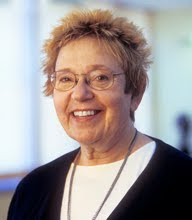 Rosenzweig’s early poetry was anthologized in the first gender-friendly American Hebrew prayer book as well as in various feminist anthologies. As the founder of the Jewish Poetry Festival in Sudbury Massachusetts, she hosted outstanding luminaries like the former the poet laureate Robert Pinsky. Her more current poetry is being collected in a work-in-progress.

Women’s Intergenerational issues have been a focus of her work and a recently completed a play, “Myths and Ms.” At Brandeis for almost a decade, she has been interviewing artists in various media and hosting a yearly panel at the Brandeis Rose Art Museum on the creative process in an effort to understand the psychological and spiritual state of consciousness present at the moment of creation. Defining how creativity can transform the artist, she has currently coined a term called MotherArtTM.
Current Projects

I am writing a book to define the process of creativity based on ten years of interviews with women artists. My recent journal article demonstratives the transformative affects of the creative process. Presently a preliminary book proposal will help to develop and define the experience and sources of creativity.
Representative Publications 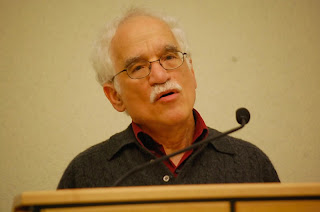 Bernard Horn’s most recent book of poetry, Our Daily Words, was selected as a “Must Read” book and a finalist for the 2011 Massachusetts Book Award in Poetry, by the Massachusetts Center for the Book. About a quarter of the poems in the book concern Israel and were written during the nine months the author spent there in 2001, teaching at Haifa University. Winner of a Fulbright and five fellowships from the National Endowment for the Humanities, Horn’s poems and translations of Israel’s premier poet, Yehuda Amichai, have appeared in The New Yorker, The Manhattan Review, The Mississippi Review, Moment Magazine, and other publications. After teaching in the English Department at Northern Essex Community College for 13 years, Bernie moved on to his present position as Professor of English at Framingham State College, where he received the 2010 Distinguished Faculty Award. On Wednesday, November 16th, at 7:00 p.m., Bernard Horn will present, “Poetry & Terror: The Times & Life of a Family Man.” The program will include the author’s reflections on cross-cultural interrelationships – both in the challenges of translating Yehuda Amichai’s work and in his own poetry. He also will discuss how the activity of translating and the reality of history, in the form of terrorism, impact his writing process, which is grounded in his identity, not as an isolated individual, but as a member of a family and a first generation American.
Posted by Doug Holder at 9:00 AM
Labels: Bernard Horn Poet
Newer Posts Older Posts Home