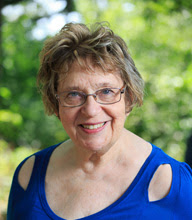 
Rosenzweig’s early poetry was anthologized in the first gender-friendly American Hebrew prayer book as well as in various feminist anthologies. As the founder of the Jewish Poetry Festival in Sudbury Massachusetts, she hosted outstanding luminaries like the former the poet laureate Robert Pinsky.  Her more current poetry is being collected in a work-in-progress.

Women’s Intergenerational issues have been a focus of her work and a recently completed a play, “Myths and Ms.” At Brandeis for almost a decade, she has been interviewing artists in various media and hosting a yearly panel at the Brandeis Rose Art Museum on the creative process in an effort to understand the psychological and spiritual state of consciousness present at the moment of creation. Defining how creativity can transform the artist, she has currently coined  a term called MotherArtTM.

My book-in-progress will newly define the process of creativity based on ten years of interviews with women artists and will re-define Mindfulness Meditation. The book’s thesis uses Buddhist Psychology to analyze the theory of Flow. My published article demonstratives the transformative effects of the creative process. The current book proposal will be finished this year.