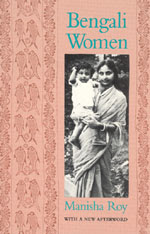 Feb 6 2007 5PM: My guest will be Manisha Roy. Roy was born in Northeast Assam, India, and educated in Calcutta. Once an anthropologist, she is now a writer and lecturer of Jungian psychotherapy. She has been a practicing psychotherapist since 1985 in Boston. She is the author of "Bengali Woman" and " Cast The First Stone: Ethics in Analytic Practice" among other works.
Posted by Doug Holder at 3:34 PM
Labels: Manisha Roy

Jan 16 5PM My guest will be the poet Martha Collins.

Martha Collins is the author, most recently, of Blue Front, a book-length poem based on a lynching her father witnessed when he was five years old in Cairo, Illinois, published May 2006 by Graywolf Press. She has also published four collections of poems, two books of co-translations from the Vietnamese, and a recent chapbook of poems, and has edited a collection of essays on the poet Louise Bogan.
Collins' awards include fellowships from the NEA, the Bunting Institute, the Ingram Merrill Foundation, and the Witter Bynner Foundation, as well as three Pushcart Prizes, the Alice Fay Di Castagnola Award, and a Lannan residency grant.
A selection of poems from Blue Front won the Laurence Goldstein Poetry Prize in 2005; other selections from the book appeared in Kenyon Review and Ploughshares.
Collins founded the Creative Writing Program at UMass-Boston, and since 1997 has taught at Oberlin College, where she is Pauline Delaney Professor of Creative Writing and one of the editors of FIELD magazine and Oberlin College Press.
Posted by Doug Holder at 3:42 AM
Labels: Poet Martha Collins author of "Blue Front"
Newer Posts Older Posts Home