Sept 21, 2010: Endicott College professor and Author of "The Woman Who Named God..." Charlotte Gordon Guest on Poet to Poet/Writer to Writer 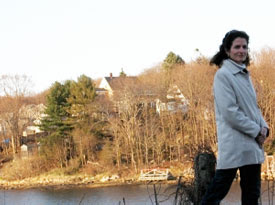 Charlotte Gordon is a writer of poetry, non-fiction and fiction. She began her writing life as a poet and has published two books of poetry, When the Grateful Dead Came to St. Louis and Two Girls on a Raft. Her biography of the 17th century poet, Anne Bradstreet, Mistress Bradstreet: The Untold Life of America’s First Poet, (Little, Brown, 2005) won a New England Book Award for non-fiction.

Her latest book, The Woman Who Named God: Abraham’s Dilemma and the Birth of Three Faiths (Little Brown, 2009), retells the famous Biblical story of Abraham, Sarah, and Hagar.

Charlotte has been featured on NPR’s “Weekend Edition” with Scott Simon. Her poetry has won many prizes, including a Robert Penn Warren Award. She has been invited to read her work at various colleges, schools, and cultural institutions, including Radcliffe College, University of New Hampshire, Salem State College, University of Massachusetts and The Salem Atheneum. She has also given presentations to historical societies, churches, temples, and book clubs, from Georgia to Wyoming.

Charlotte received an undergraduate degree in English and American Literature from Harvard University and a PhD from Boston University. A post-doctoral fellow at Boston University, she taught Religion and Literature in the Department of Theology and from 1999-2002 was a lecturer in Elie Wiesel’s seminars, The Literature of Memory.

Since 1986, Charlotte has taught creative writing, history, literature, religion, and theater at both the college and secondary school level. From 1992-2002 she was the Director of the Writing Program at The Waring School in Beverly, MA. She currently teaches at Endicott College in Beverly, MA and conducts writing workshops for adults from her home in Gloucester, MA.
Posted by Doug Holder at 6:24 AM
Labels: Charlotte Gordon Poet to Poet Writer to Writer Endicott College 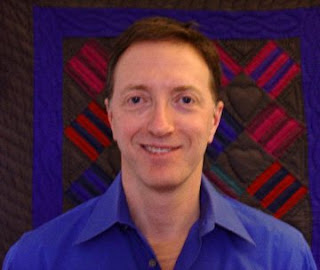 Judah Leblang is a writer, teacher and storyteller based in Boston, MA. His written and audio pieces combine reflection, keen observation, and humor. Please visit the Writing page to read some of Judah's stories, or listen to audio clips of Judah reading them. There is also information on Judah's CD Finding My Place, and "Snapshots," as well as a schedule of workshops and readings you may wish to attend.
Posted by Doug Holder at 6:00 AM
Newer Posts Older Posts Home