Bonnie ZoBell’s new connected collection, What Happened Here, a novella and stories centered on the site PSA Flight 182 crashed in the North Park area of San Diego, will be published in February 2014 by Press 53. Her chapbook, The Whack-Job Girls was released by Monkey Puzzle Press in March 2013. She has  received an NEA fellowship in fiction, the Capricorn Novel Award, A PEN Syndicated Fiction Award, the Los Angeles Review nominated one of her stories for a Pushcart Award, a place on Wigleaf’s Top 50, and a story published by Storyglossia was named as a notable story in story South’s Million Writers Award.  Her work has appeared in numerous publications, including Night Train, The Greensboro Review, New Plains Review, PANK, and The Connotation Press. ZoBell has been a fellow at such residencies at Yaddo, MacDowell, the Virginia Center for the Creative Arts, Dorland Mountain Arts Colony, Wurlitzer, and Villa Montalvo, and attended such conferences as the Bread Loaf Writers Conference, Tin House Summer Workshop, and the Squaw Valley Community of Writers. After receiving an MFA from Columbia on fellowship, she has been teaching at San Diego Mesa College where she is a Creative Writing Coordinator. Currently she is Associate Editor for The Northville Review and Flash Fiction Chronicles. She lives in a casita in San Diego with her husband, two dogs, two cats, and quite a few succulents. 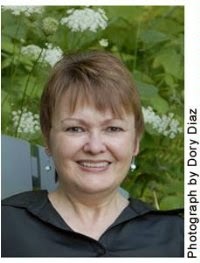 Cynthia Brackett-Vincent is currently earning her MA in English/Creative Writing—Poetry at Southern New Hampshire University. She holds a BFA in Creative Writing with a minor in Psychology from the University of Maine at Farmington and an AA in Social Sciences (Quincy College, MA, where she served as an editor of Stepping Stone and a member of Phi Theta Kappa). As well, she studied English at Bridgewater State College in MA. Cynthia has served as Membership Chairperson of The Maine Poets Society. A Pushcart Prize nominated and award-winning poet, Cynthia has had over 100 poems published in such journals as Avocet, YankeeMagazine.com, and Ibbetson Street; in her chapbook, the 95 Poems; and the online journals, Mannequin Envy, The Orange Room Review, Pirene's Fountain and others. Her nonfiction and poetry appear abroad. She has served as co-editor of a 45-church district newsletter and she co-founded the Tidepool Poets of Plymouth, MA in 2001. Three of her articles appear in Educators as Writers: Publishing for Professional and Personal Development (Carol Smallwood, ed., Peter Lang, 2006). Among other honors, her poetry has received an Honorable Mention in New England Writers, a citation in the National Federation of State Poetry Societies, and Second Place twice in Maine Poets Society contests. Cynthia has judged poetry locally, regionally and nationally for such contests as the Writer's Digest annual writing competition. Cynthia gives poetry workshops focusing on inspiration and images and she has a special interest in bringing poetry to elementary students.