Linda Larson was born and educated in the Midwest and spent childhood vacations and more than a decade of her adult life in Madison County, Mississippi. While in Mississippi, she worked as a feature writer for The Capitol Reporter and The Jackson Advocate. Larson relocated to the Boston/ Cambridge area where she has lived and worked for the past twenty years.

For five years she served as editor of and contributor to Spare Change News, a homeless newspaper based in Cambridge.

Over the years Larson has struggled with mental illness, homelessness and alcohol addiction.
She has been recognized by both houses of the Massachusetts Legislature for her advocacy work on behalf of people with mental illnesses.

As Larson’s life has become more manageable, she has been able to realize her long-term goal in putting together a collection of poetry, Washing the Stones, published by Ibbetson Press, August, 2007. These poems go a long way towards recapturing her promise as a graduate of the Johns Hopkins University Writing Seminars in the Seventies and as a teaching fellow in the creative writing doctoral program at the University of Southern Mississippi in Hattiesburg, Mississippi. Her second collection of poetry is titled Mississippi Poems (ISCS PRESS). 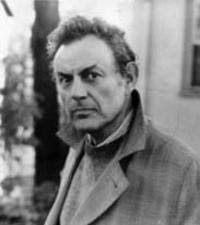 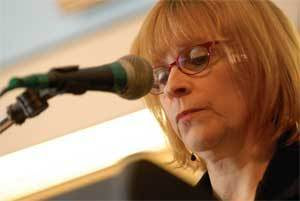 Gloria Mindock, author of the poetry collections, Blood Soaked Dresses (Ibbetson St. Press, 2007) and Nothing Divine Here (U Soku Stampa, 2010), is editor and publisher of Cervena Barva Press, and in 2007, became the editor of the Istanbul Literary Review, an online journal based in Turkey.

Mindock is also the author of two poetry chapbooks, Doppelganger (S. Press) and Oh Angel (U Soku Stampa), and her poems have been published in numerous journals, including River Styx, Phoebe, Poesia, and Poet Lore, to name a few, as well as appearing in several anthologies. She has been nominated for a Pushcart Prize, and was awarded a fellowship from the Massachusetts Cultural Council distributed by the Somerville Arts Council.

From 1984-1994. Mindock edited the Boston Literary Review/Blur and was co-founder of Theatre S & S Press, Inc. During its existence, Theatre S. received grants from the Polaroid Foundation, The Rockefeller Foundation, The Globe Foundation, and the Massachusetts Cultural Council. Her poetry collection, Doppelganger, served as the text for theatre piece of the same name performed by Theatre S.

Over the years, Mindock has performed, acted, composed music, and sang in the theatre. Her most recent performance piece, Walking In El Salvador. is scheduled to debut this September.

Mindock lives in Somerville, MA, where she has worked as Social Worker, and also does freelance editing of manuscripts and conducts workshops for writers.
Posted by Doug Holder at 2:40 AM
Labels: 2011 Poet/ PublisherGloria Mindock Doug Holder, Dec. 13
Newer Posts Older Posts Home