See it live at 5PM  go to http://scatvsomerville.org 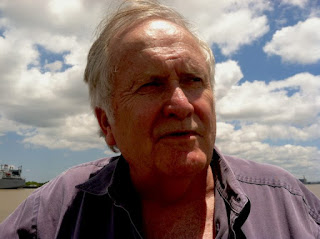 I am the author of five books of poetry, the most recent of which, Said Not Said, is forthcoming from Graywolf Press in May 2017. Graywolf also published my collections Full Moon Boat (2000) and The Looking House (2009). My first book, Tipping Point, won the 1993 Washington Prize from the Word Works. In 2002 Dedalus Press of Dublin Ireland brought out House on Water, House in Air, a new and selected poems.
I edited and provided an introduction to Another World Instead: The Early Poems of William Stafford, 1937-1947, published by Graywolf in 2008. In addition, I have co-translated (with Nguyen Ba Chung) two books of Vietnamese poetry, From a Corner of My Yard by Tran Dang Khoa, and Con Dao Prison Songs, by Vo Que. I have published poems, reviews, and essays in literary journals in this country, in Ireland and the U.K., and in Vietnam.
For over thirty years I taught at Suffolk University in Boston, and am now an Emeritus Professor of English and the founding co-director of the Suffolk University Poetry Center. I continue to teach writing workshops in a number of other venues, including the Colrain Poetry Manuscript Conference, the Fine Arts Work Center in Provincetown, the Hudson Valley Writers’ Center in Sleepy Hollow, NY, and the SF Bay Area Veteran Writing Group.
I have been awarded residencies at Ucross, Yaddo, the McDowell Colony, and the Heinrich Boll Cottage. Over the years I have served on the Executive Board of PEN New England and the Advisory Board of the Poets’ Theatre in Cambridge MA. In 2009, the New England Poetry Club conferred upon me the May Sarton Award, an award given to a poet whose work has been an inspiration to other poets.
Posted by Doug Holder at 11:40 AM
Labels: April 18 5PM Poet Fred Marchant Doug Holder
Newer Posts Older Posts Home