Kentucky native CD Collins follows the storytelling traditions of the South, both as a solo artist and when accompanied by musicians.  Her short fiction collection Blue Land was published by Polyho Press, her poetry collection by Ibbetson Street Press. As one of the originators of the resurgence of spoken word with live music, her work has been archived in four compact discs: Kentucky Stories (winner Best Spoken-Word album Boston Poetry Awards) Subtracting Down, and Carousel Lounge. Her most recent disc, Clean Coal/Big Lie, is currently being released in a series of one-woman shows.  Afterheat is her first novel.
Collins has performed in a variety of venues including Berklee College of Music Performance Hall, Boston Public Library, Club Passim, Boston’s Institute of Contemporary Art and the New York Public Library.   Collins’ fiction has appeared in numerous literary magazines including StoryQuarterly, Phoebe, Salamander and The Pennsylvania Review.
Collins has received grants and awards from Massachusetts College of Art, Somerville Arts Council, the St. Botolph Club, The Kentucky Foundation for Women, the Cambridge Arts Council, and Women Waging Peace.
Collins holds a B.A. and an M.A. in English Literature from the University of Kentucky where she studied with author and activist Wendell Berry.
She was recently a guest at the Kennedy Center for the Performing Arts for a pilot conference to advance the development of innovative technologies that support the inclusion of people with disabilities.
Her recent projects include:
A book of essays, titled Blue Folks of Troublesome to be released in a limited edition letter press format with original artwork as well as in multimedia tablet display.  This book is a project of MHM Fine Art Studios in Lowell, MA and Dutch artist and designer Markus Haala.
A collaboration of spoken-word and music with Russian-born Santon, a blind, autistic musical savant  and recent graduate of Berklee College of Music. With a grant from the Malden Cultural Council they are currently recording a compact disc titles Night Animals.
Praise for Blue Land:
“CD Collins has the voice of a natural-born storyteller.  Original and unforgettable.” Stephen McCauley, novelist
“Altogether brilliant collection...” Ray Olson, Booklist.
Praise for CD Collins
“Laurie Anderson meets William Faulkner.”
more info at www.cdcollins.com 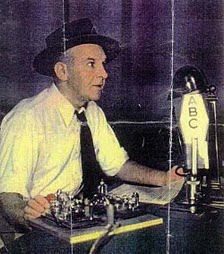