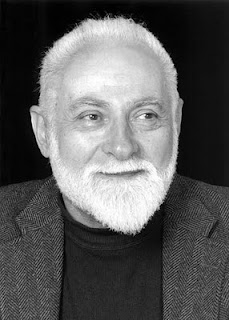 
Djelloul Marbrook’s book of poems, Far From Algiers, is the 2007 winner of Kent State University’s Stan and Tom Wick First Book Prize in poetry. It was selected by Prof. Toi Derricotte of the University of Pittsburgh and was released in August 2008, His short story, Artists Hill, won the Literal Latté K. Margaret Grossman Fiction Award in the spring of 2008.

His poetry appeared in Solstice (UK) and Beyond Baroque (California) in 1969. While continuing a lifelong study of poetry, he stopped writing poems until Sept. 11, 2001, when he began walking in Manhattan and writing in an effort to come to terms with the nihilism of the terrorist attacks. Recent poems have been published by The American Poetry Review, Oberon and The Ledge (New York), Perpetuum Mobile and Attic (Maryland), The Country and Abroad (New York) and Arabesques Literary and Cultural Review (Algeria), in which the title poem of his book, Far From Algiers, was first published, and Istanbul Literary Review.

His novella, Alice Miller’s Room, is available at OnlineOriginals.com (UK). A small number of copies of his novella, Saraceno, were printed in 2006 by a Canadian publisher that failed before the book was distributed. A lively trade in used copies of Saraceno continues on the Internet. His fiction has also been published by Prima Materia (New York), Breakfast All Day (UK), and Potomac Review (DC).

He has had a distinguished career as a newspaper reporter and editor. He began studying journalism while in the Navy. When he was discharged he went to work for The Providence Journal in Rhode Island and began writing under the byline Del Marbrook.

He managed a regional bureau for The Journal before moving on to become the metropolitan editor of The Elmira (NY) Star-Gazette, the paper where the Gannett newspaper organization was born. Marbrook ran the Star-Gazette newsroom and began to acquire the production and design experience that would later propel his career.

He moved to The Baltimore Sun as a copy editor, specializing both in makeup and production and Middle Eastern correspondence, an unusual combination that grew from his Arab history studies at Columbia. He was soon offered a job as the Sunday editor of The Winston-Salem (NC) Journal & Sentinel, where he was in charge of features, book reviews and Sunday production.

At The Washington (DC) Star, an evening newspaper, during the Watergate period when The Star and The Washington Post contended for dominance, Marbrook was the Saturday front page editor, specialized in foreign news and edited such syndicated columnists as Mary McGrory.

He was a co-founder of Education Funding News, a biweekly Washington report on federal education news.

In the 1980s Marbrook worked for MediaNews, helping to revitalize six ailing daily newspapers in Ohio and New Jersey.

He has won a number of awards for writing, newspaper design and photography. His career has spanned all the major transitions in modern journalism—from typewriters and teletypes to computers, from hot lead typography to photo-offset and then to the Internet. He writes frequently about Internet journalism (www.djelloulmarbrook.com) and produces a daily blog about literary and cultural affairs. He mentors journalism students around the world for the Student Operated Press.

He retired in 1987 to write poetry and fiction and now lives in the mid-Hudson Valley and Manhattan with his wife, Marilyn
Posted by Doug Holder at 10:09 AM
Labels: Djelloul Marbrook Doug Holder Poet to Poet Somerville, Mass.
Newer Posts Older Posts Home