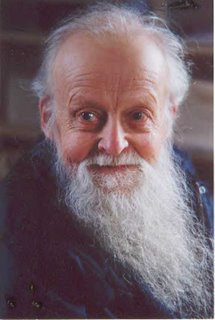 My Guest Nov 14 at 5PM will be poet Richard Moore:


Of Richard Moore's ten published volumes of poetry, one was nominated for a Pulitzer Prize and another was a T. S. Eliot Prize finalist. He is also the author of a novel, The Investigator (Story Line Press, 1991), a collection of essays, The Rule That Liberates (University of South Dakota Press, 1994), and translations of Plautus' Captivi (in the Johns Hopkins University Complete Roman Drama in Translation series, 1995) and Euripedes' Hippolytus (in the Penn Greek Drama Series, U. of Pennsylvania, 1998). Moore's most recent poetry books include The Mouse Whole: An Epic (Negative Capability Press, 1996) and Pygmies and Pyramids (Orchises Press, 1998). His newest collection of poems, The Naked Scarecrow, was published by Truman State University Press, New Odyssey Editions, in the spring of 2000. He is listed in Who's Who In America, and articles on his work have appeared in The Dictionary Of Literary Biography and numerous newspapers and journals. His fiction, essays, and more than 500 of his poems, have been published in a great variety of magazines, including The New Yorker, Atlantic, Harper's, Poetry, The American Poetry Review, and The Nation. He has also published translations of poetry in German, French, and Italian. He gives frequent readings, lectures and dramatic performances in Boston, Washington, and other cities.
Posted by Doug Holder at 5:17 AM
Newer Posts Older Posts Home