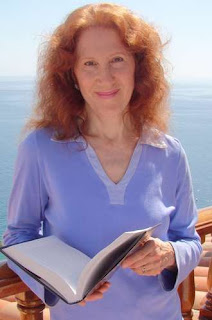 Nancy Rubin Stuart is a journalist and author who specializes in social trends, women’s history and biography. She began writing professionally as a contributor to New York Times under the byline of Nancy Rubin, first for the Westchester editions of that newspaper, then for several national sections. That work prompted her first book, The New Suburban Woman: Beyond Myth and Motherhood .

Subsequent books included The Mother Mirror: How a Generation of Women Is Changing Motherhood in America, the award-winning Isabella of Castile: The First Renaissance Queen , and the best-selling American Empress: The Life and Times of Marjorie Merriweather Post
In 2005 Harcourt published Nancy’s biography of the co-founder of American spiritualism, T’he Reluctant Spiritualist: The Life of Maggie Fox under the byline, Nancy Rubin Stuart.

Subsequent to a 2005 William Randolph Hearst Award from the American Antiquarian Society Beacon Press published Nancy’s The Muse of the Revolution: The Secret Pen of Mercy Otis Warren and the Founding of a Nation in 2008. Reissued in paperback in 2009, that book won the 2009 Historic Winslow House Book Award and was a 2010 finalist in USA Today Book News "Best Book" Awards.