My guest July 21 5PM will be poet Elizabeth Swados ( This will be a one hour special edition of "Poet to Poet" (5 to 6PM)) After the show Swados will be reading at the Pierre Menard Gallery in Cambridge at 7PM in Harvard Square with Bert Stern and Mark Pawlak. 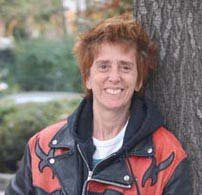 Liz's newest book of poetry, "The One and Only Human Galaxy," ( Hanging Loose Press) has just been released.


Elizabeth Swados is the author of three novels, two non-fiction books, a book of poetry, and nine children's books. A renowned musician, director, and composer, she has received five Tony-award nominations and three Obie awards for her theatrical productions both on and off Broadway. She lives in New York City.


Biography:
Perhaps best known for her Broadway and international smash hit Runaways, Elizabeth Swados has composed, written, and directed for over 30 years. Some of her works include the Obie Award winning Trilogy at La Mama, Alice at the Palace with Meryl Streep at the New York Shakespeare Theater Festival, Groundhog, which was optioned by Milos Forman for a film, and a wide variety of Biblical musical adaptations. Her work has been performed on Broadway, off-Broadway, at La Mama, Brooklyn Academy of Music, Carnegie Hall, and locations all over the world. She has also composed highly acclaimed dance scores for well-known choreographers in the US, Europe and South America.

Ms. Swados has been creating issue-oriented theater with young people for her entire career. This work has culminated in a theatrical extravaganza for New York University, The Reality Show, about the trials and tribulations of college in New York City. The piece uses rock and roll, dance and edgy humor and was performed last summer by NYU students at Madison Square Garden.

Recent productions include Atonement, a theatrical oratorio presented by the Cathedral of St. John the Divine, an adaptation of S. Ansky’s The Dybbuk at NYU/Tisch, Spider Operas at PS122 (with Mabou Mines), Political Subversities, a political revue that has been presented in two Culture Project festivals as well as at Joe's Pub, and a workshop of Dance of Desire, a translation of Lorca’s Yerma by Caridad Svich. Her opera KASPAR HAUSER: a foundling’s opera enjoyed a seven week run at The Flea theater in TriBeCa. She recently wrapped a new children's CD, Everyone is Different, in conjunction with Forward Face. The CD is circulating in schools around the country.

Ms. Swados has published novels, non-fiction books, children's books and poetry to great acclaim, and received the Ken Award for her book My Depression. Her theater textbook, At Play: Teaching Teenagers Theater, was published by Faber & Faber in June 2006. A new book of poetry, The One and Only Human Galaxy, will be published by Hanging Loose Press in Spring 2009. Awards: Five Tony nominations, three Obie Awards, Guggenheim Fellowship, Ford Grant, Helen Hayes Award, Lila Acheson Wallace Grant, PEN Citation, and others. Most recently Ms. Swados received a special grant to record musical selections from her years of work.
Posted by Doug Holder at 10:41 AM
Labels: Elizabeth Swados Doug Holder The One and Only Human Galazy
Newer Posts Older Posts Home