To view the interview live go to  http://scatvsomerville.org
KATHLEEN SPIVACK is an award-winning writer. She studied with Robert Lowell and remained friends with him for eighteen years, and is the author of many books, among them Moments of Past Happiness, A History of Yearning, and With Robert Lowell and His Circle. She has had residencies at the Radcliffe Institute, Yaddo, The MacDowell Colony, and the American Academy in Rome, and has been the recipient of grants from the National Endowment for the Arts and the Fulbright Commission. She teaches in Boston and Paris.

A wild, erotic novel—a daring debut—from the much-admired, award-winning poet, author of Flying Inland, A History of Yearning, and With Robert Lowell and His Circle: Sylvia Plath, Anne Sexton, Elizabeth Bishop, Stanley Kunitz, and Others. A strange, haunting novel about survival and love in all its forms; about sexual awakenings and dark secrets; about European refugee intellectuals who have fled Hitler’s armies with their dreams intact and who have come to an elusive new (American) “can do, will do” world they cannot seem to find. A novel steeped in surreal storytelling and beautiful music that transports its half-broken souls—and us—to another realm of the senses.

The setting: the early 1940s, New York—city of refuge, city of hope, with the specter of a red-hot Europe at war.

At the novel’s center:  Anna (known as the Rat), an exotic Hungarian countess with the face of an angel, beautiful eyes, and a seraphic smile, with a passionate intelligence, an exquisite ugliness, and the power to enchant . . . Her second cousin Herbert, a former minor Austrian civil servant who believes in Esperanto and the international rights of man, wheeling and dealing in New York, powerful in the social sphere yet under the thumb of his wife, Adeline . . . Michael, their missing homosexual son . . . Felix, a German pediatrician who dabbles in genetic engineering, practicing from his Upper East Side office with his little dachshund, Schatzie, by his side . . . The Tolstoi String Quartet, four men and their instruments, who for twenty years lived as one, playing the great concert halls of Europe, escaping to New York with their money sewn into the silk linings of their instrument cases . . .

And watching them all: Herbert’s eight-year-old granddaughter, Maria, who understands from the furtive fear of her mother, and the huddled penury of their lives, and the sense of being in hiding, even in New York, that life is a test of courage and silence, Maria witnessing the family’s strange comings and goings, being regaled at night, when most are asleep, with the intoxicating, thrilling stories of their secret pasts . . . of lives lived in Saint Petersburg . . . of husbands being sent to the front and large, dangerous debts owed to the Tsar of imperial Russia, of late-night visits by coach to the palace of the Romanovs to beg for mercy and avoid execution . . . and at the heart of the stories, told through the long nights with no dawn in sight, the strange, electrifying tale of a pact made in desperation with the private adviser to the Tsar and Tsarina—the mystic faith healer Grigory Rasputin (Russian for “debauched one”), a pact of “companionship” between Anna (the Rat) and the scheming Siberian peasant–turned–holy man, called the Devil by some, the self-proclaimed “only true Christ,” meeting night after night in Rasputin’s apartments, and the spellbinding, unspeakable things done there in the name of penance and pleasure . . . 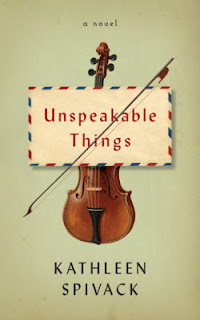