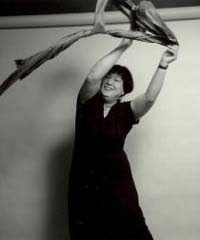 Li Min Mo is a professional storyteller and artist who was born in China and lived in many parts of the world, before settling in Cambridge, Massachusetts. Li Min has been teaching art, drama, storytelling and history to children and adults, winning praise and awards for her work for over 20 years. She has brought her exciting programs to schools, universities, and communities all over the country.

Ms. Mo holds an M.A. in Theater and Education from Goddard College in Vermont and an M.F.A. from Emerson College in Creative Writing. In the sixties, she worked with Peter Schuman's Bread and Puppet Theatre and studied with Reality Theatre-Gurdinieze, Japanese Kyogen Players and with Joan Halifax on Shamanism, Buddhism and the Sun Dance Teachings of the Native Americans.

My guest Jan 12 5PM will be poet/artist Celia Gilbert 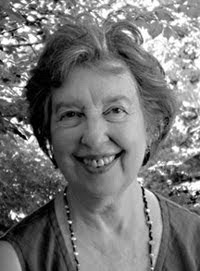 My guest on Poet to Poet: Writer to Writer will be poet/artist Celia Gilbert

published in The New Yorker, Ploughshares, Southwest Review, Poetry,
Field, among other places; forthcoming in Fulcrum and in numerous
anthologies.

Work:
Was Poetry and Fiction Editor of the Boston Phoenix did feature
articles for them among others an interview with Mary Daly and one
with Robert Creeley that Ruth Lepson and I did together. Wrote drama
reviews as well.

A visual artist: monotypes and oil painting.(I created the cover for
my latest book) with a studio in the Brickbottom Artists' Building 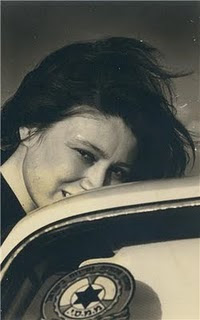 My guest will be Sonia Meyer--refugee from Nazi Germany--Gypsy Cultural Scholar--author of the novel "Dosha."
Posted by Doug Holder at 3:59 AM
Newer Posts Older Posts Home