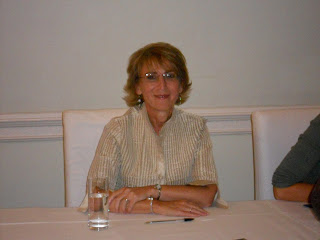 The Work of Sue Guiney

Though born and raised in New York, Sue Guiney has lived in London for  twenty years where she writes and teaches fiction, poetry and plays.  Her work has appeared in important literary journals on both sides of the Atlantic,  and her most recent novel , A Clash of Innocents, was chosen to be the first publication of the new imprint Ward Wood Publishing and was published in September, 2010.  Her first novel, Tangled Roots, was published by Bluechrome Publishing in 2006.
Sue also has two published poetry collections. Her Life Collected was published in 2011 and the text of her poetry play, Dreams of May, was published in 2006  and has been performed frequently in  theatres and literary festivals.
In 2005, Sue founded the theatre arts charity called CurvingRoad, in which she still serves as Artistic Director.
Sue has always worked to find a way to combine her literary and charitable efforts. Most recently, this has led her to focus on modern day Cambodia. Her novel, A Clash of Innocents, is set in Phnom Penh against the backdrop of 2007’s beginnings of the UN Tribunal to bring the remaining members of the Khmer Rouge to justice. In March of 2011, she brought that novel back to the Cambodian people who inspired it, and through a series of charity booksignings and workshops held throughout SE Asia, helped raise funds for a Literacy Through Creative Writing program which Sue has developed for the street children of Siem Reap. These efforts have led to a unique, on-going English language program which is now being taught both on-line and on-site, with Sue’s commitment sending her back to spend at least one month a year there. She is also presently writing her third novel, to be published in 2013, which will also be set in present-day Cambodia.
Growing out of this interest and commitment is Sue’s recent appointment as Writer in Residence to the SE Asia Department of University of London’s School of Oriental and African Studies (SOAS).
********************************************************************************* 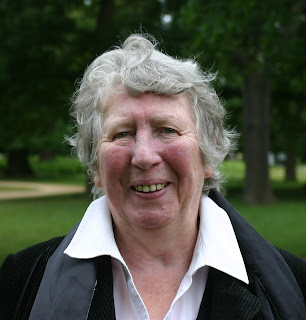 
Ruth O’Callaghan holds the prestigious Hawthornden Fellowship and is a prizewinner in international competitions. Translated into six languages she has read world-wide, including Asia and Europe and her recent successful tour in the USA included audiences of nearly a thousand.

An international competition adjudicator and editor she hosts two poetry venues in London where both the famous and unknown read side by side. As a mentor and workshop leader both in the U.K and abroad, she works with experienced poets to enable them to approach their poetry with a new perspective and with novice poets to achieve a first collection. Both a reviewer and interviewer Ruth is at present compiling a book of interviews with some of the most eminent women poets throughout the world.

In 2010 she was invited to Taiwan where she was awarded a gold medal for her poetry. The same year she was also awarded a Heinrich Böaut;ll residency in Eire. In 2009 she was awarded an Arts Council grant to visit Mongolia to collaborate with women poets on a book and a C.D. available from Soaring Penguin.

Her first two collections, Where Acid has Etched (bluechrome 2007) and A Lope of Time(Shoestring 2009) have completely sold out. The latter has been re-printed whilst her latest collection, Goater’s Alley (Shoestring), was published in March 2010 and has already had to be re-printed twice. She is, at present, working on her fourth collection.

Ruth has been published in numerous magazines and anthologies and her full collections are: