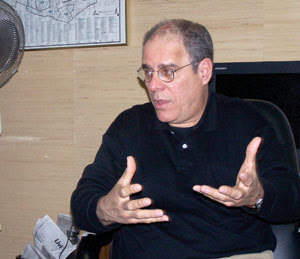 Mario Barros (Lenguaviva) (Santa Clara, Cuba, 1953). Humorist, writer, actor and composer. Has combined his teaching and artistic careers in a successful way. In Cuba Mr. Barros co-wrote the college level textbook The Literature of the United States (Pueblo y Educación, La Habana, 1981). From 1985 to 1991 his satiric stories regularly appeared in Cuban newspapers and magazines. In 1987 he founded the comedy group Lenguaviva (“Living Language”) that gained an outstanding reputation in theater, radio and TV. Mr. Barros wrote more than seventy songs and skits for the Lenguaviva repertory and won two national comedy awards with the group. In the United States Mr. Barros directed the Somerville High School Drama Club for seven years and put more than twenty shows on stage with it. Five of those plays were written by him and have been collected under the title Five Insomniac Plays. Mr. Barros is also the author of the collection of short stories El color no cae del cielo (Galadriel Ediciones, Montevideo, 2007); the novel KleanKuts, Inc. and humorous commentaries published in several online magazines. Currently, again as Lenguaviva, Mr. Barros writes humorous commentaries in Spanish and English that have been published in Boston area papers El Mundo, Siglo21, El Planeta (where he also edits the humorous page El Bus de Lenguaviva), The Somerville Journal and The Somerville News. He has also written and conducted El Bus de Lenguaviva, a weekly radio show on WUNR Radio International, 1600 AM, Boston, and presents his one-man show CUENTAMETUVIDA (TELL ME ALL ABOUT IT) in venues throughout the Boston area. Book signing presentations have taken him to Santiago de Chile, Montevideo and Miami. In March 2008 The Boston Globe published an extensive article (Super Mario Barros) on his life and works. Mr. Barros resides in Massachusetts, where he came from Cuba in 1995
Posted by Doug Holder at 3:23 PM
Labels: Holder on Barros
Newer Posts Older Posts Home