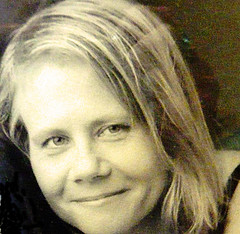 JEAN MONAHAN is the author of three books of poetry: Hands (chosen by Donald Hall to win the 1991 Anhinga Prize); and Believe It or Not and Mauled Illusionist, both published by Orchises Press (1999 and 2006). She has received several awards and an artist residency at Yaddo. Her poems have appeared in numerous journals and magazines, including Poetry, The New Republic, Atlantic Monthly, and Salamander, as well as in several anthologies. Her MFA in Creative Writing is from Columbia University's School of the Arts.
Posted by Doug Holder at 2:26 PM
Labels: 2012: Poet Jean Monahan, Doug Holder, June 19
Newer Posts Older Posts Home