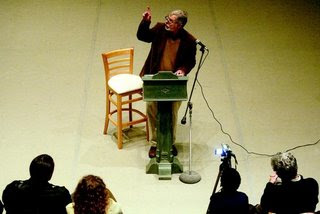 
My poetry captures ordinary and extraordinary moments: history from the perspective of a teacher-scholar and traveler; the poignancy of family life; growth, loss, and remembrance; the mysteries of the universe; the seasonal transformations of the natural world around us and the wonder of new love.

I have published three books of poetry, My Neighbor Adam (2003), Sailing from Boston (2003), and Housekeeping (2005). A fourth book, A Careful Scattering, will be published in 2007. My poems have appeared in various magazines and journals such as Margie, Lyric, and Atlanta Review.

Night Watch, Amsterdam
A stroopwafel moon
Wafer in the mouth
Of the night, a white
Ruff collar of lace
On a black gowned sky,
A searchlight dancing
In the Prinsengracht,
An "O"pening to
Evade the SS
At two a.m as
The moon pauses on
Westerkerk steeple,
An inverted point
Of exclamation,
Of rendezvous for
The ghosts of Rembrandt
Van Rijn and Anne Frank.
What will the warty
Moon-faced old man say
To Abraham's child?
Have we both survived
In our self-portraits?
Curiosity
Grows queues of tourists
Climbing the steep stairs
Within our buildings,
Will they wonder at
This moon, as round as
June, bells from the kerk
That chime the silence
With their rhymes as we
Assume our night watch? 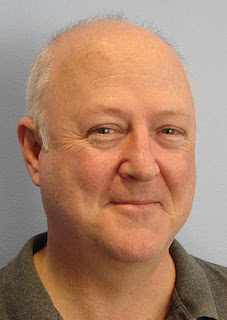