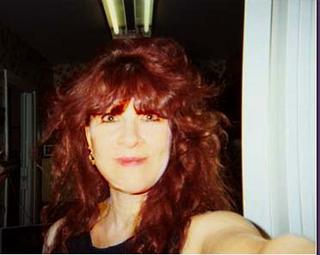 Aug. 2 2005: My guest will be Susie Davidson, author of " I Refused to Die: Stories of Boston Area Holocaust Survivors and Soldiers Who Liberated The Concentration Camps of World War ll." ( Ibbetson 2005) "The words of Holocaust survivors and their liberators mark the end of an unspeakable world war and the beginning of new life for those who endured. Susie Davidson has done a remarkable job in capturing the depths of despair and the joys of salvation. The act of liberation will always be seared in the minds and hearts of those inside and outside the gates of the camps." Thomas G. Kelley, Secretary Commonwealth of Massachusetts Department of Veterans' Services “Sixty years ago, in the spring of 1945, Allied soldiers entered Nazi concentration camps and found evidence of an almost incomprehensible evil. But they also found survivors. In this volume, Susie Davidson gives us the testimony of both survivors and liberators: encounters between those who had defied death and those who had risked death in the same cause, to preserve human freedom and human dignity. We must honor them by carrying on their struggle to defend life, liberty, and justice for all persons.” Michael E. Capuano, Member of Congress "In writing this book, Susie Davidson is advancing the eternal message of the most significant event in Jewish history. In doing so, she is fulfilling a most important service to the entire community. The Holocaust was an essential element in the establishment of the State of Israel, which reserves an official national day for honoring its memory. Its lessons are the most profound and the most crucial in the creation of our modern Jewish identity. Susie's effort to document the story of these remarkable survivors and the brave soldiers who liberated the camps is to be supported and is greatly appreciated." Hillel Newman Consul of Israel to New England “’I Refused to Die’ provides Boston's Jewish community with a fitting testimony to mankind's darkest hour. It is overwhelming to read how each individual life was so brutally stripped bare. The author allows readers, who have neither the experience nor the language to truly understand such levels of horror, a chance to empathize with the unique plight of the victims.” Richard Ferrer Editor, The Jewish Advocate
Posted by Doug Holder at 6:53 PM
Newer Posts Older Posts Home