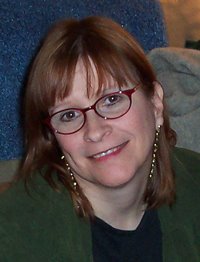 Sept 5. 5PM My guest will be Gloria Mindock, founder of the Cervena Barva Press in Somerville, Mass.

Gloria Mindock
Between 1984-1994, I was Editor of the BOSTON LITERARY REVIEW/BluR, Co-founder of THEATRE S. and S. PRESS INC., and ran a poetry reading series called, BluR Reads. S. PRESS published a chapbook of my poems called, DOPPELGANGER, in 1992. Its poems were a text of a theatre piece of the same name performed by THEATRE S. A review by STAGES stated I took great liberties with Poe and "captured the romantic desperation of "William Wilson," a tale of self-destructive double-identity."
I have been published in numerous journals including PHOEBE, RIVER STYX, POET LORE, FIRE, and BLACKBOX with poems forthcoming in BIG HAMMER, BOGG, and UNU Revista de Cultura in Romania with translations by Flavia Cosma. I have been nominated for a Pushcart Prize and was awarded a Massachusetts Council Poetry Fellowship distributed by The Somerville Arts Council.Oh Angel, a chapbook, was published in January, 2006 and Nothing Divine Here is forthcoming.Both published by U ŠOKU ŠTAMPA publications.
For over 34 years, I have been involved in all aspects of the theatre, acting in plays, operas and musicals, writing text for original plays as well as music compositions. My favorite was writing the music for an adaptation of GILGAMESH, in which I sang 72 sections a capella.
My solo multi-media performance art pieces include, "BIG BOMB BUICKS, WHERE DID ALL THOSE BIRDS AND DOGS COME FROM?, I WISH FRANCISCO FRANCO WOULD LOVE ME, and SKIN CELLS, MAGGOTS, AND OTHER POINTS OF INTEREST."
While THEATRE S. was in existence, many grants were awarded to the theatre from The Polaroid Foundation, The Rockefeller Foundation, The Globe Foundation, New England For the Arts, Massachusetts Cultural Council, and The Somerville Arts Council.
Support ?ervená Barva Press
Posted by Doug Holder at 6:01 PM
Newer Posts Older Posts Home