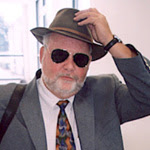 Perry Glasser is the author of five books. In 2012, he was named a Fellow of the Massachusetts Cultural Council.
Riverton Noir, a novel, was winner of the Gival Press Novel Award for 2011 (forthcoming in late 2012);
metamemoirs, a collection of creative nonfiction( Outpost 19, New York and SanFrancisco (forthcoming  in 2013);
Dangerous Places, a short story collection, received the 2008 G.S. Sharat Chandra Prize from BkMk Press at the University of Missouri-Kansas City,  recipient of the2009 National Best Books Award from USA Book News;
Singing on the Titanic (Urbana and Chicago: The University of Illinois Press, 1987), recorded by the Library of Congress for the blind.
Suspicious Origins (St. Paul: New Rivers Press, 1985), the Winner of the Minnesota Voices Competition.
Other work has appeared in numerous anthologies, including two novellas featured in Next Stop Hollywood (St. Martin’s Press, 2007).