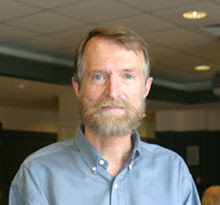 Abbott Ikeler taught literature and writing at Bowdoin College, the University of Muenster, and Rhode Island College before entering the corporate world. His academic achievements include a Senior Fulbright Fellowship, a book on nineteenth-century aesthetics, and numerous articles on Victorian fiction. From the mid-eighties to 2001, he held public relations and advertising positions with three multinationals and a full-service agency. Immediately before coming to Emerson College ( Boston), Dr. Ikeler was Director of Communications and Public affairs for the Internet and Networking Division of Motorola, a post he held for three years. The focus of his current research is global public relations, especially the impact of non-media influencers, such as industry and financial analysts.

He writes poetry, memoirs and literary criticism, including a book published by Ohio State University Press on Thomas Carlyle, Puritan Temper and Transcendental Faith, and numerous articles on Dickens and Trollope. His poems have been published in The Concrete Wolf, The Somerville News, Dream International Quarterly, and Bagelbards Anthology, No. 2. A sample poem follows below.

They happen on a subway platform
in the midst of mild debate,
hardly heated, on the merits of a film.
Or between courses at a restaurant
unrated by Michelin
over the indiscretions of a distant friend.
An old incompatibility
of taste or moral vision gathers
in an unremarkable moment in a quite prosaic spot
to a settled recognition on one side or the other
of a wall that can’t be climbed.
The rest—days or decades—is merest epilogue.

Rusty Barnes grew up in rural northern Appalachia. He received his B.A. from Mansfield University of Pennsylvania and his M.F.A. from Emerson College. His fiction, poetry and non-fiction have appeared in many journals. After editing fiction for the Beacon Street Review (now Redivider) and Zoetrope All-Story Extra, he co-founded Night Train, a recently reinvented literary journal, which has been featured in the Boston Globe, The New York Times, and on National Public Radio. Sunnyoutside Press will be publishing a chapbook of his flash fiction sometime in 2007. If you want to know more, check these links to an interview conducted by Wayne Yang of Eight Diagrams: Part I, Part II, Part III. Or, friend him--I mean, uh, me--at MySpace.
Posted by Doug Holder at 7:52 AM
Newer Posts Older Posts Home