Brad Rose was born and raised in Los Angeles and lives in Boston. Brad is a sociologist, and is the author of a collection of poetry and flash fiction, Pink X-Ray (Big Table Publishing, 2015,  http://pinkx-ray.com and Amazon.com.) Brad has three forthcoming books of poems: Momentary Turbulence and WordinEdgeWise, from Cervena Barva Press, and de/tonations from Nixes Mate Press. He is also the author of five chapbooks of poetry and flash fiction. Four times nominated for a Pushcart Prize, and twice nominated for Best of the Net Anthology, his poetry and micro fiction have appeared in, The Los Angeles Times, The American Journal of Poetry, Clockhouse, Hunger Mountain, Folio, decomP, Lunch Ticket, The Baltimore Review, Cultural Weekly, Into the Void, and other publications. His story, “Desert Motel,” appears in the anthology Best Microfiction, 2019.  Brad’s website is: www.bradrosepoetry.com Selected readings can be heard at https://soundcloud.com/bradrose1 A list of publications is available at: http://bradrosepoetry.com/2019/03/a-list-of-publications/
Posted by Doug Holder at 8:50 AM
Labels: Doug Holder, Poet Brad Rose on Poet to Poet Nov. 19 5PM, Poet to Poet 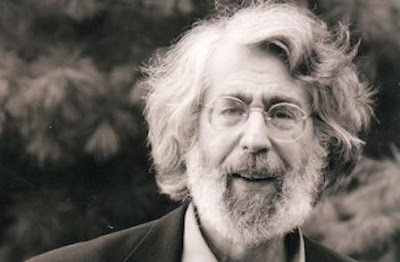 Lloyd Schwartz was born on November 29, 1941 in Brooklyn, New York. He graduated from Queens College of the City University of New York in 1962 and earned his Ph.D. from Harvard in 1976.
Schwartz's most recent book of poetry is Little Kisses (University of Chicago Press, 2017), which was preceded by Cairo Traffic (University of Chicago Press, 2000), Goodnight, Gracie (University of Chicago Press, 1992), and These People (Wesleyan University Press, 1981). He is also editor of two volumes of collected works by Elizabeth Bishop: Elizabeth Bishop: Poems, Prose and Letters (Library of America, 2008), which he co-edited with Robert Giroux, and Prose (Farrar, Straus and Giroux, 2011). Schwartz's most recent book, Music In—and On—the Air (PFP, 2013), is a collection of his music reviews that appeared on NPR's Fresh Air.
About his work, the poet Richard Howard has said: "The poet has extended his reach as well as his grasp, and we are the richer for it, through no less ravaged: these people (and these poems) are devastated by life, of which they offer us, unnervingly, the flagrant shards."
His poems, articles, and reviews have appeared in The New Yorker, The Atlantic, Vanity Fair, The New Republic, The Paris Review, and The Best American Poetry series. In 1994, he was awarded the Pulitzer Prize for Criticism.
Schwartz has taught at Boston State College, Queens College, and Harvard University, and is currently Frederick S. Troy Professor of English at the University of Massachusetts in Boston. He is also the senior editor of classical music for New York Arts and a regular commentator on NPR's Fresh Air. In 2019, he was named the Poet Laureate of Somerville, Massachusetts, a two-year appointment.
Posted by Doug Holder at 2:06 AM
Newer Posts Older Posts Home