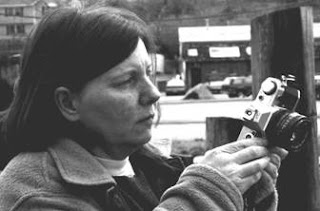 Valerie Lawson is the co-editor of Off the Coast magazine, and has published work in literary journals, anthologies, and websites. Twice nominated for Pushcart Prizes, Lawson wom awards for Best Narrative Poem, Female Spoken Word, and shared the award for Best Poetry Troupe with Doc Brown's Traveling Poetry Show at the Cambridge Poetry Awards. Lawson was the slammaster of the Bridgewater Poetry Slam at the Daily Grind Coffeehouse and a co-host of the Boston Poetry Slam. Lawson’s involvement in Boston area youth slams included the New England Scores slam and coaching an all-girl team that went to the YouthSpeaks National Slam. Lawson has traveled to Europe and the UK to perform poetry and helped host the Swedish Slam Nationals in 2002. Lawson was a participant in Optimal Avenues, a mixed-media cultural exchange between Massachusetts and Ireland, celebrating the United Nation's International Decade for the Culture of Peace. Dog Watch, a book of poems was released in 2007.
Posted by Doug Holder at 9:21 AM
Labels: Valerie Lawson Doug Holder Off the Coast
Newer Posts Older Posts Home