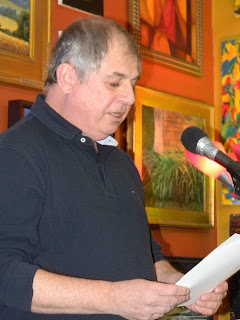 Dennis Daly was born in Salem Massachusetts. He graduated from Boston College with a B.S. degree and earned a Master of Arts degree at Northeastern University. At Northeastern he studied poetry under Samuel French Morse.

For ten years Dennis worked for the General Electric Company. He became a union activist and was elected into the leadership of the 9000 member Local 201 of the International Union of Electrical Workers. During this period he published and edited The Union Activist and the North Shore Union Leader. He also was the managing editor of the Electrical Union News.

Dennis has been published in numerous magazines and small poetry journals such as The Sou’wester, The Lyric, Boston Today Magazine, Soundings East, Tendril, Poetry &, Dark Horse, Green House, Lyrical Somerville, Muddy River Poetry Review, Istanbul Literary Review,Wilderness House Literary Review and is included with two other poets in a chapbook entitled 10 X 3, published by Northeastern University Press. He also has completed a verse translation of Sophocles' Ajax, which was published in a recent issue of Wilderness House Literary Review.  Dennis reads his poems regularly at Stone Soup Poetry in Cambridge MA and the Walnut Street Coffee Cafe in Lynn and has featured at a number of venues. He is a member of the Bagel Bards, a group of poets and artists, who meet weekly in Somerville. He also regularly writes literary reviews for the Boston Area Small Press and Poetry Scene.

His first book of poems, The Custom House, was published by Ibbetson Street Press in June of 2012.
His translation of Sophocles' Ajax was  published as a paperback in July of 2012 by Wilderness House Press.
In addition Dennis has published travel articles and many op-ed pieces in the Salem Evening News. He is currently working on another book of poetry.

Dennis lives in Salem Massachusetts with his wife, Joanne. They have four adult children.

Posted by Doug Holder at 2:43 AM
Labels: Dennis Daly Poet 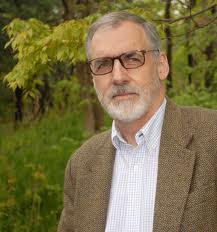 Jim Vrabel is a local historian and the author of When In Boston: A Timeline & Almanac (Northeastern University Press).  He is co-author of John Paul II: A Personal Portrait of the Pope and the Man (St. Martin’s Press).

A long-time neighborhood activist and former city official in Boston, he now lives in Brookline, Massachusetts.

Jim attended the Graduate School of English at the University of Iowa, which is where he first encountered John Berryman’s Dream Songs.  After expecting others to do it, he composed Homage to Henry: A Dramatization of John Berryman’s The Dream Songs, an 80-minute one-man play by taking some 90 of the most brilliant and autobiographical of the songs - in whole or in part - re-ordering them  and adding a very few lines of connecting text.

The play received a staged reading at the Charlestown Working Theater, and has been performed for the Association of Literary Scholars, Critics and Writers at Boston University and at the Oberon Theater as a benefit for the Grolier Poetry Book Shop in Cambridge.

Paul Mariani, Berryman’s biographer and a poet himself, calls Homage to Henry “a sad and very human story, as stark in its way as anything in Samuel Beckett.”

Jim is looking for additional opportunities to perform the play and can be contacted at jimvrabel@gmail.com
Posted by Doug Holder at 1:53 PM
Newer Posts Older Posts Home