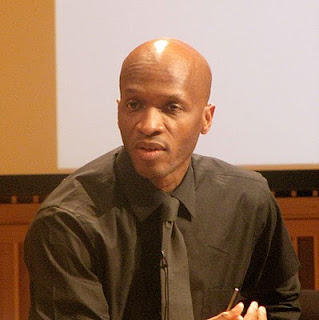 Jean-Dany Joachim was born in Port-au-Prince, Haiti. He is the current Poet Populist of Cambridge Massachusetts. His writing found its voice in the never-ending, complex reality of his country. After moving to U.S.A nearly two decades ago, he left his work in the theatre and began writing in English, while at the same time exploring poetry in other languages. Jean-Dany has translated poetry from and into Spanish, French, Haitian Creole, and English. As the creator and producer of the City Night Reading Series, he brings together poets, writers, performers and lovers of literature for the celebration of the art of word in the Boston and NYC areas. He is the author of “Chen Plenn – Leta”, and his work has appeared in anthologies and numerous literary magazines. He works at Bunker Hill Community College in Boston MA
Posted by Doug Holder at 11:32 AM
Labels: 2010: Poet Populist of Cambridge, Mass--Jean--Dany Joachim, Tues Aug 23
Newer Posts Older Posts Home